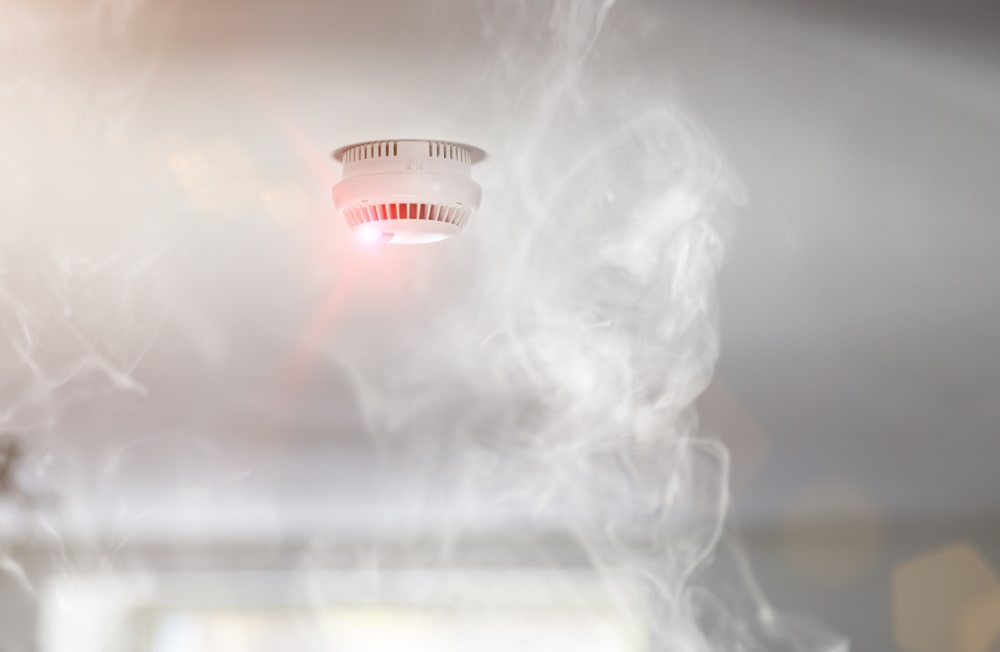 A humidifier is a must-have for people who live in dry climates or arid regions. It could help protect mucous membrane, relieve itchy throat, and improve sleep quality.

However, it may affect other items in the household. For example, some people found that their smoke detectors get triggered more often after purchasing a humidifier.

Can a humidifier trigger a smoke alarm? Yes, a humidifier can cause false alarms by increasing indoor relative humidity. Smoke detectors in the market are hard to differentiate between smoke and water molecule, making them go off when the water droplets disrupt the electrical current or light beam.

To understand this question thoroughly, you need to know how smoke alarms work and why humidity can affect them. It is also essential to understand how to prevent false alarms caused by your humidifier in the future.

I have covered all of these topics in this post, and let’s delve into it now!

Can humidity set off a smoke alarm?

As I mentioned in the beginning, humidity can cause a smoke alarm to go off. When the water droplets in the air continue to increase, it will trigger the sensor of smoke alarm, causing false alerts.

Smoke alarms in the market don’t use chemical sensors, so they can’t tell the difference between smoke and vapor. Once the moisture particles cause the same interruption to the electrical current or the light steam as smoke does, it will trigger an alarm.

There are two types of smoke detectors: ionized smoke alarms and photoelectric smoke alarms. To know why humidity can set off a smoke alarm, you should understand how they work.

How does an ionized smoke detector work?

The ionized smoke alarm consists of two chambers with a radioisotope Americium-241in it. Americium-241 can ionize the air in each chamber and create a stable current in between.

When the smoke particles get into the chamber, they will interrupt the flow of ions and change the current, causing the detector to go off.

Usually, the air contains a certain amount of moisture particles, and the smoke alarm is not sensitive to it. But when too much vapor increase rapidly, it will get in the way of ion flow, setting off a smoke alarm.

How does a photoelectric smoke detector work?

When the smoke particle enters the chamber and passes through the path of the light beam, the light will be scattered, aiming it toward the sensor, which will activate an alarm.

When the air is full of water, the vapor or steam will scatter the light beam, causing a false alarm.

Besides, an ionized smoke detector is more likely to trigger a false alarm because of humidity.

Can a humidifier trigger a smoke alarm?

The mist or steam coming out of a humidifier is made of moisture particles. As we discussed earlier, these molecules can set off a false alarm. Therefore, we can infer that a humidifier can trigger a smoke alarm.

But humidifiers will not necessarily do that as long as the room is not over humidified. The proper humidity level for human beings is about 30% to 55%. When you use a humidifier in an extremely dry place, it is not likely to set off the alarm.

However, if you intend to use a humidifier in a highly damp place, let’s say over 80% humidity level, the smoke alarm will go off at any time.

The bathroom after a bath could be such a place. That’s why people who install a smoke detector around the bathroom often complain about false alarms.

Can a cool-mist humidifier set off a smoke alarm?

A cool-mist humidifier breaks water into small water particles and uses a fan to evaporate water. The ultrasonic humidifier often produces a white mist, while the evaporative humidifier release vapor that is often invisible.

Regardless of which type you are using, it will create a concentrated area with a higher humidity level. If a smoke alarm is placed just next to it, it is prone to false alarms. You can fix this issue by using a fan at the same time.

Besides, purchasing a hygrometer to monitor the humidity level and turning off the humidifier when needed can prevent a false smoke alarm.

Even though vaporizers work on a different principle, the outcome is more or less the same. When the steam enters the air, the rapidly increased humidity can affect the ionized air or light beam, resulting in an alert.

The vapor produced by a vaporizer is similar to the one you get in the bathtub, which you should put a smoke detector away from.

How to stop your humidifier from setting off a fire alarm

The smoke detector is critical for every family as it has saved countless lives every year. You should get it installed in the house anyway. Nonetheless, it would be annoying to deal with false smoke alarms every so often.

To prevent your humidifier from triggering the smoke detector at home, you need to take some measures, and here are some valuable methods worth a try.

1. Using a hygrometer to monitor the humidity level is the most straightforward way. As long as you can control the humidity level within the recommended range, a fire alarm will not be set off. Some humidifiers have a built-in humidistat which will work as well.

A smoke detector is not as sensitive as you may imagine. It will not go off on a typical humid summer day.

2. Put a humidifier away from your bathroom. Many fire marshals will advise you not to install a smoke detector near the bathroom. It is because strong steam will come out of the bathroom after a shower, causing smoke detectors to think there is a fire.

If you use a humidifier nearby, it will make the situation even worse. It will increase the humidity even more quickly in this area.

4. Clean the smoke detector regularly. The sensors will attract dust, debris, and pollen over time. Some pests also like to stay on the sensor. You should clean the inside and outside of it and remove the trapped insects inside every few weeks.

5. Use a smoke alarm that can combine both of these technologies. In this way, it is easier for you to tell whether it is a false alarm or not, as it is less likely that a humidifier can trigger two types of sensors simultaneously.

6. Increase ventilation. Use an exhaust fan or other ventilation method to remove the moisture produced by taking a shower or cleaning the floor.

The smoke detector is one of the greatest inventions as it can save so many lives every day and every night. Unfortunately, the false alarms triggered can be bothersome.

The humidifier is another important household gadget for many of us since it can make us feel much more comfortable during the dry winter months. But the high humidity caused by it can set off a smoke alarm.

The moisture particles could disrupt the flow of ions or the path of the light beam, depending on which type of detector you have. When the sensors receive the information, they will start to work and set off a false alarm.

To reduce these false alarms, you should avoid installing the smoke alarm close to the bathroom or other places that are over-moistened. Maintaining the detector is also crucial for keeping it functioning. Some units have an adjustable sensitive setting which you can modify accordingly. 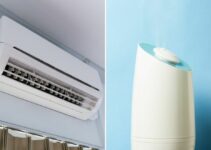 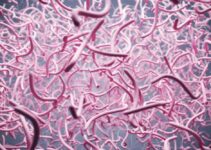 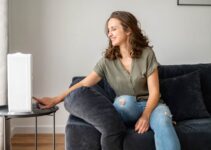 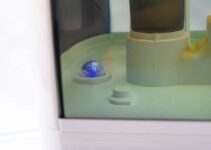 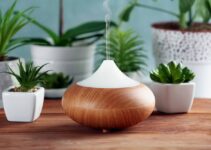