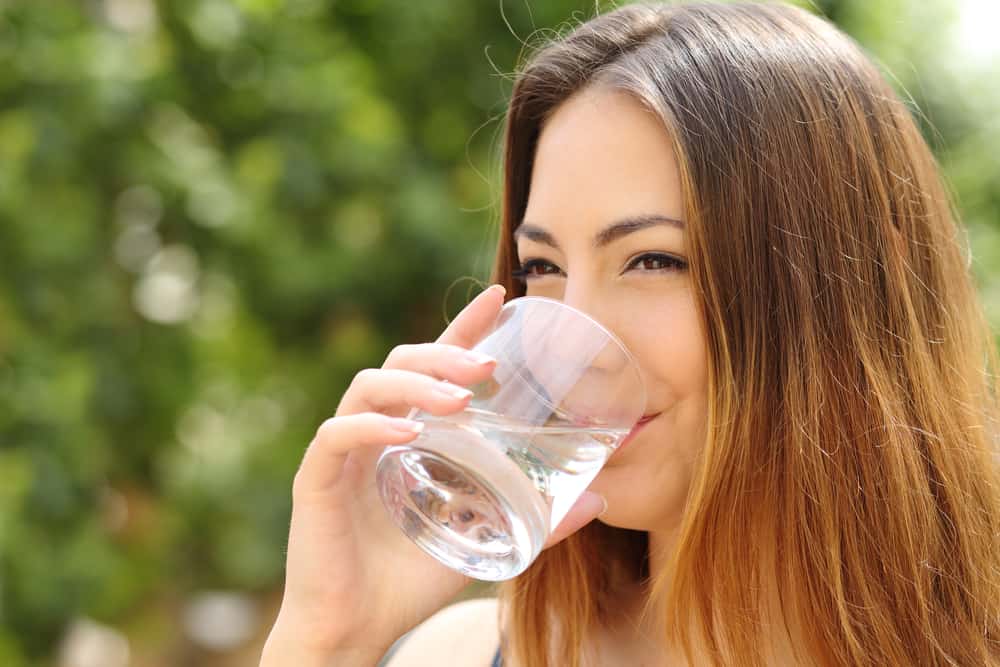 When everyone is looking for ways to reduce their water footprint, it is not uncommon for people to wonder whether they can drink water from a dehumidifier.

Despite the fact that dehumidifier water appears to be as clean as tap water, it is not safe to drink. It may contain bacteria, fungi, metal traces, and other impurities, putting your health at risk.

I will walk you through why drinking water from a dehumidifier is not a good idea and how to make it potable in this post. Let’s dive in!

Where does the dehumidifier water come from?

Although water recycling is a great idea, dehumidifiers are not designed for it. The main purpose of a dehumidifier is to reduce the humidity in the room by extracting the excess moisture in the air.

Typically, the dehumidifier has a built-in fan. When the fan is working, it is able to suck up the surrounding air in the machine. The moisture in the damp air condenses and accumulates in the water reservoir as it passes through the chilled coils.

This is how a dehumidifier makes water. It is a byproduct of removing the moisture in the air.

Following this process, the air becomes dry and is re-released into the atmosphere.

Difference between distillation and condensation

Many people assume dehumidifier water is drinkable because they mistake the distillation and condensation. In fact, dehumidifiers can’t make distilled water.

Dehumidifier water, as I previously said, is derived from the moisture in the air by means of condensation. It is similar to distillation in that it converts water vapor to liquid H2O.

However, distillation involves more steps than condensation, which includes boiling, evaporating, and recondensing. The boiling and evaporating process leave behind all the impurities and kill harmful microorganisms such as bacteria and fungus, making distilled water doesn’t contain any extra substances.

Distilled water is known as the purest water in the world, but condensed water is not.

Why is water from your dehumidifier not drinkable?

After figuring out the two questions above, it would be easier for you to understand why it is not safe to drink dehumidifier water.

Aside from moisture, there are other airborne bacteria, dust, and fungus in the air. During the condensation, a proportion of harmful contaminants will also be left in the machine, along with the moisture. Without the boiling process of the distillation, they can’t be killed.

When you drink it, these substances will get into your body, causing potentially dangerous effects.

Technically, condensed water is free of minerals. Nevertheless, dehumidifiers, like I said earlier, are not made to produce drinkable water. So the material it is made with doesn’t have to be as safe as a food container. As a result, the coils and grills may leach metals into the water, such as lead.

Drinking water that contains heavy metals is very dangerous for human beings, which can result in neuronal damage, cardiovascular disorders, cancer, and diabetes.

Aside from that, the coil can accumulate dust and dirt over time, which can also get into the water.

Stagnant water in the reservoir

It takes time for a dehumidifier to collect a certain amount of water, causing the water to become stagnant over time.

When you don’t commit to routine cleaning, the water tank or reservoir can become a thriving environment for mold spores and bacteria to grow.

Both the condensed water and the air around the machine can become the source of these contaminants.

It is difficult to predict whether our bodies will be able to withstand these contaminants. You don’t have a lab at home, after all.

Due to these reasons, drinking water from a dehumidifier is not recommended.

Is it possible to make dehumidifier water safe to drink?

Those who still don’t want to give up the idea of “drinking dehumidifier water” may ask if it is possible to make it potable?

While it may not be completely safe, there are some ways that you can try.

Distilled water is drinkable, even though it lacks some beneficial minerals.

You can collect the dehumidifier water and then put it in a water distiller or just an oven. After distillation, this water can be potable.

Use the water purifying system

These days, many families have a water purifying system at home. For example, many systems take advantage of reverse osmosis technology.

The water can get rid of most impurities and microbes through different filters and membranes.

You can add dehumidifier water to the system to purify it. However, the safest method is to conduct a test to determine whether the water is truly drinkable after this process, as the water purifying system may not be as reliable as you expect.

If dehumidifier water is not drinkable, what else can it do?

Rather than dumping the dehumidifier water down the drain, you can use it in various ways.

Using dehumidifier water to flush the toilet it’s perfectly fine. The quality of the water doesn’t matter too much in this case.

Watering plants is also a good way to use your dehumidifier water. The soil can dissolve contaminants to have few adverse effects on your plans. Just avoid using it with edible vegetables and herbs.

Beyond that, using it for cleaning and ironing are also common practices.

Dehumidifier water seems to be a promising water source for drinking, but it is not!

You can’t drink the water from your dehumidifier, even though it appears to be clean.

You can easily access tap water and don’t need to put your health at risk by drinking dehumidifier water. Reusing it through cleaning or watering plants is both great. 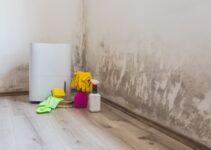 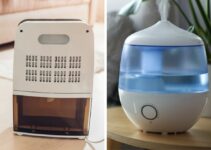 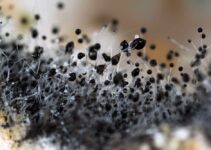 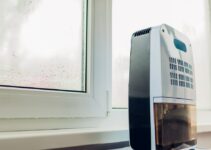 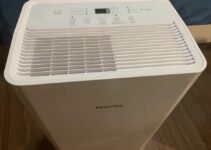 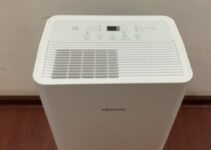